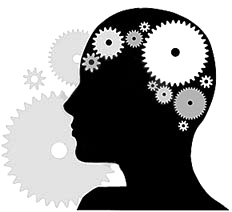 The One Center Austin uses the Teachings of Abraham to educate, shift, and/or otherwise increase awareness about how one's mind and thoughts influence his/her life. As paraphrased from Esther and Jerry Hicks website: It’s not easy defining exactly what Abraham is. Sometimes no amount of words will do a subject justice. Abraham is a name. A symbol. A feeling. Evocative-yet simple-like we want our names to be. But who, or what, is/are, Abraham… really? Louise Hay calls them “Some of the best teachers on the planet today!” Esther Hicks herself calls Abraham “infinite intelligence,” and to Jerry they are “the purest form of love I’ve ever experienced.”

Abraham has described themselves as “a group consciousness from the non-physical dimension.’" They have also said, “We are that which you are. You are the leading-edge of that which we are. We are that which is at the heart of all paths.”