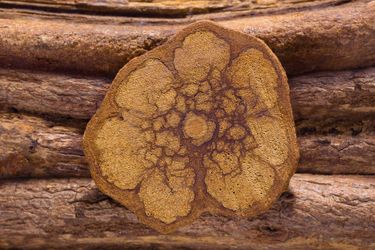 A question I get asked a lot: how did I get introduced to ayahuasca? In February 2012 while sitting at 24 Diner with my friends from the “Friday Night Book Club” a.k.a. “Mystical Light Teachings”, I was listening intently with the ear of my heart while my teacher described her most amazing journey into the Amazon and all about her experience with the plant medicine, ayahuasca. And while the story was compelling, it wasn’t what she said that captured my heart, it was the very light and God-like energy pouring out of her entire body and soul that made me say in my heart, “damn, I want to experienced all of that!!!” However, did I really want my first psychedelic experience to be with ayahuasca? Did I even want to ingest mind-altering substances? Truthfully? No. Absolutely. Not. Thank you, but no thanks.

So, I parked the idea of a life-changing experience on a shelf and went about my life. That is, until I had a powerful dream in November 2012. In my dream, the shamans, Maestro Don Alberto Torres Davila and his shaman, Maestro Don Julio Llerena Pinedo came to me and told me that I was “destined to meet the medicine spirit of ayahuasca”. I woke up from the dream feeling expansive and light-hearted. I even pulled a Tarot card to double check the message and I received the King of Cups. Yes, I would be drinking from the Cup of Life. So, in earnest, I started planning my journey to Peru. I contacted the retreat center in January 2013 and my application was accepted with a few conditions. What were the conditions? Upon my arrival in Iquitos, Maestro Malcom would determine if I was allowed to drink ayahuasca and that I only drink my ayahuasca from him. This was due to the fact that I had mild asthma that was controlled by inhalers. Realistically, I knew that I would not be able to stop my medications AND being on any medications while ingesting ayahuasca was downright dangerous and forbidden. However, it was a chance I knew I had to take: flying all the way to Iquitos with the possibility that I would not be allowed to drink the plant medicine. I agreed to the conditions and began making my trip arrangements. In addition, I had honest conversations with both my pulmonologist and primary doctor. Both doctors cleared me for this potential journey.

I was excited beyond belief and I was also very nervous. Even though I was good to go in January, I did not make my journey until early July. I needed that time to acclimate to the idea that I was going to do something way outside my comfort zone. I needed space to emotionally and physically prepare for the plant medicine and the more important part of integration. I spent a great deal of time meditating and staying in my heart. About a month out, a funny thing began to happen: the closer it came to my journey, the more dysregulated I began to feel. It was though I was starting to unravel before my first sip of ayahuasca. Little did I know how my life would change.

Want to know how to integrate your plant medicine experience with a professional trauma expert? Send me a message!